Why Japanese journalist was caught and killed by ISIS. 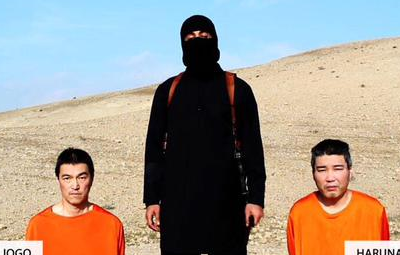 Last year 2 Japanese men, one of whom was a journalist, were caught and killed by ISIS.

When something like this happens, Japanese people often say
"Journalists shouldn't go to such a dangerous place."

From my point of view,  It's an irresponsible comment.
Some people think if a problem does not affect them it does not involve them.

Are Japanese people concerned by this?
Do they admire themselves by doing nothing about ISIS?

If Journalists don't go to dangerous places, can the problems be solved?
How do people know about ISIS?

What were they doing there?

Haruna, on the right, was caught by ISIS. He owned militarily company.
He will know what happen in dangerous zone in Syria and Irag.

Kenji is Haruna's friend, he is a journalist. When Kenji knew Haruna was caught by ISIS. Kenji went to try to save him. However, ISIS captured Kenji as well.

I think Kenji's Action was not wrong at all.
It's not the his problem.
He became a target of abduction.
ISIL's target is not Journalist, but Japanese.


If ISIL couldn't catch Japanese people. They would come to Japan, and make terrorism.
The Japanese journalist was a substitute for the people who lives in Japan.