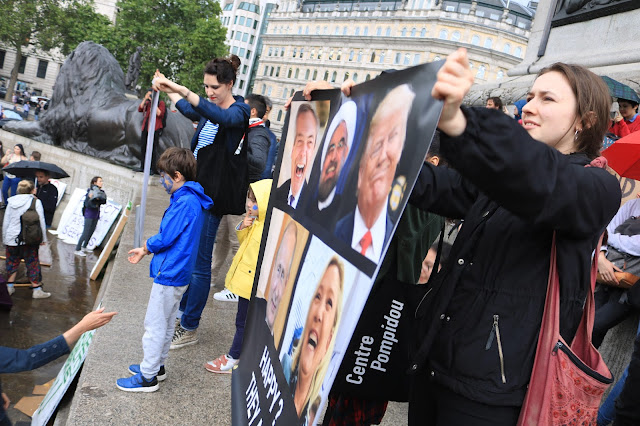 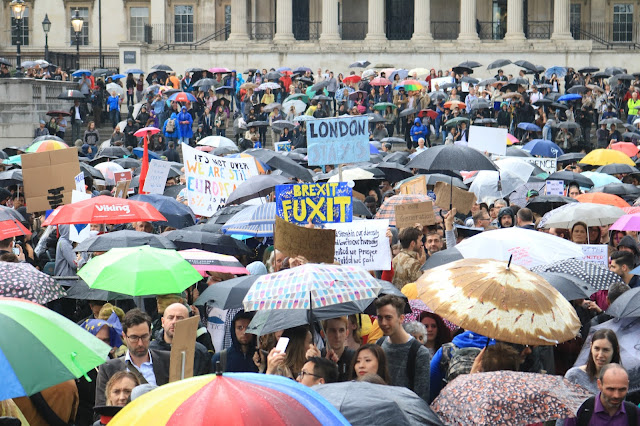 After 5 days from the referendum, over thousand people gathered at Trafalgar square in London.

The Event is "Stand Together"

In the aftermath of the EU referendum result, we Stand Together.__What Is This?__We created this event because we felt anger at the whole referendum process. That something so profound could be decided by something that there were so many flaws with.After the result - as Remain voters - we felt our voices would no longer be heard. We feared that was it; that there would be no further discussion allowed for those who had voted Remain.We feel that continued public engagement following the result is also a part of the democratic approach. We wanted to create a public space to begin that dialogue.
from https://www.facebook.com/events/1671704409745795/

This event was shared people to people. Even though the Trafalgar square can hold 10,000 people, over 50,000 people would come to this event. So organiser disappointingly decided to cancel this event.

However, still many people still wanted to come there. 28. Jun After 17:00 even it was rain, many people came to the square. 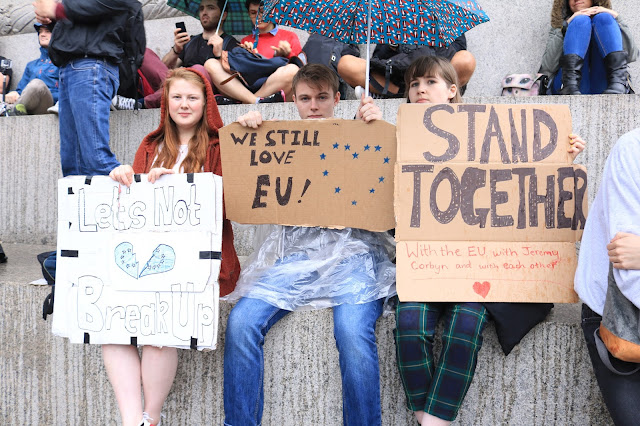 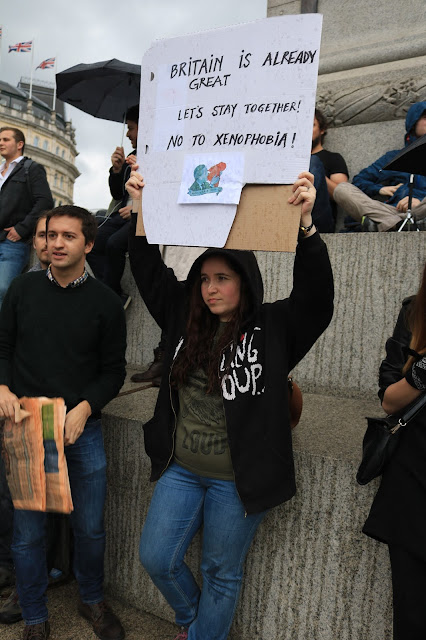 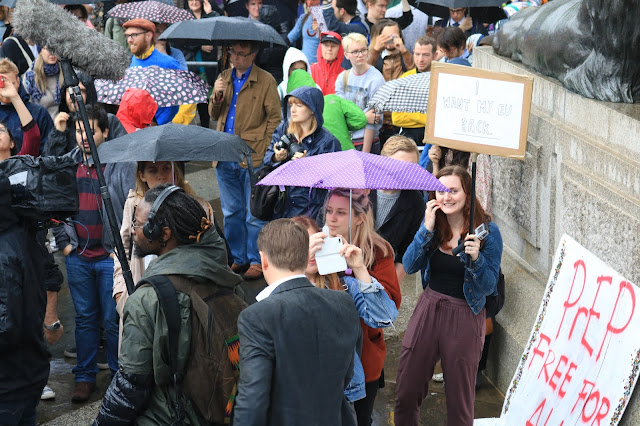 I want my EU back 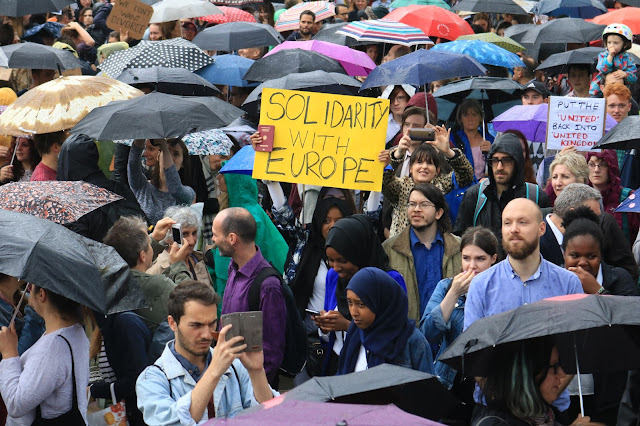 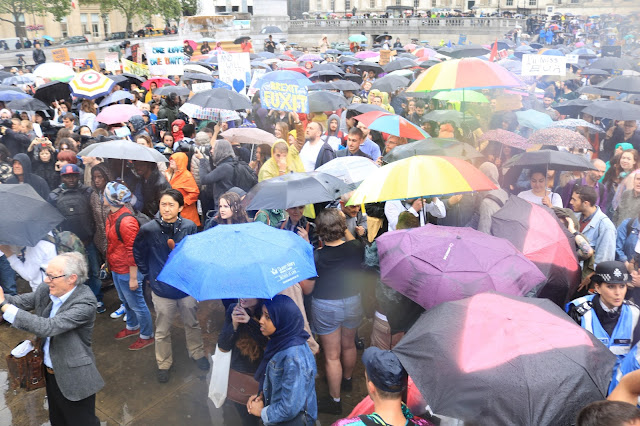 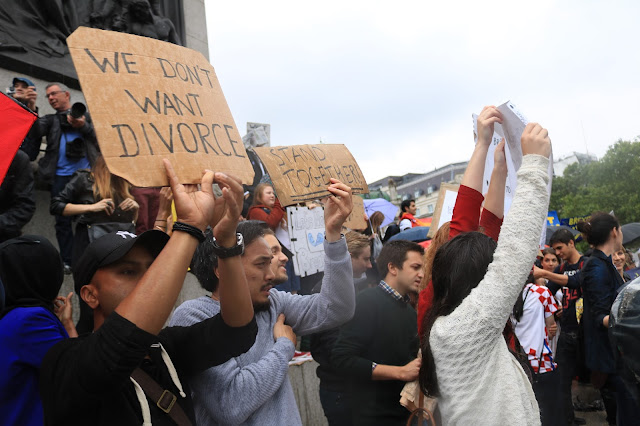 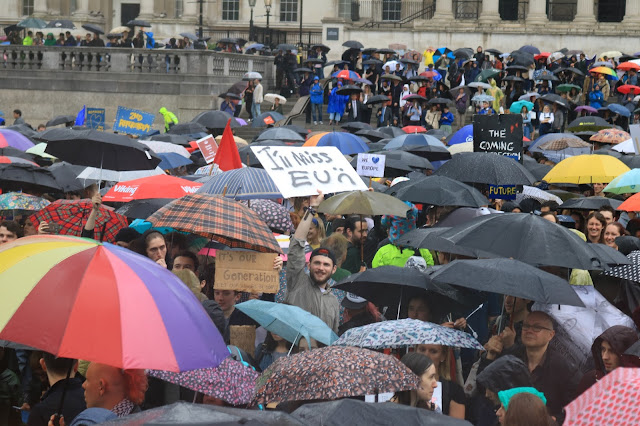 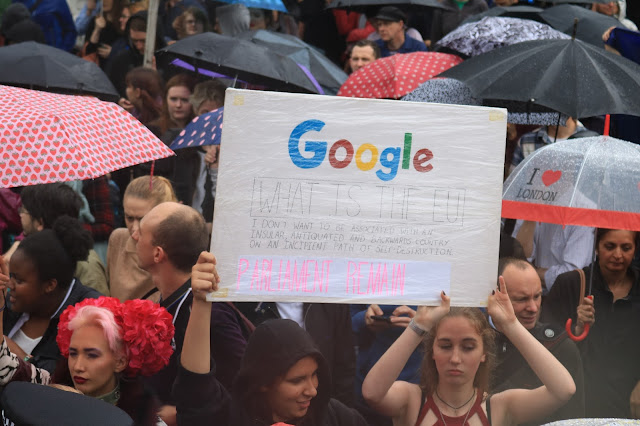 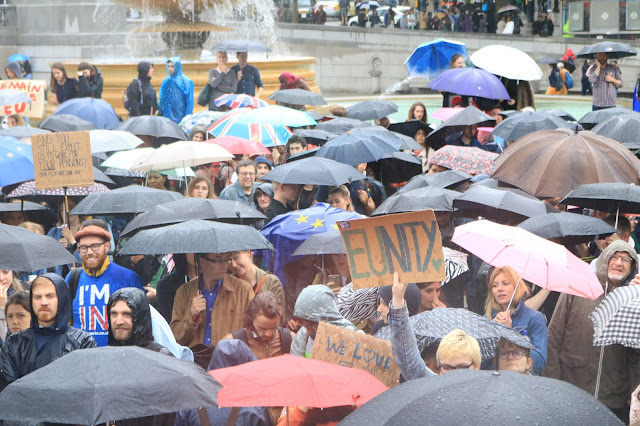 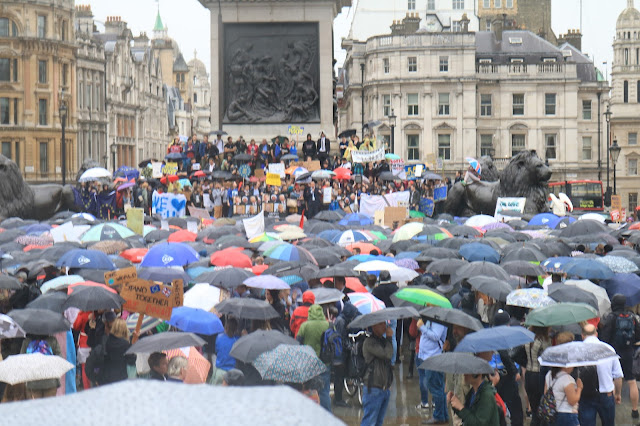 I filmed the atmosphere of the event. I explained the event in Japanese and interviewed a participant.