What do I want to know about EU referendum in UK 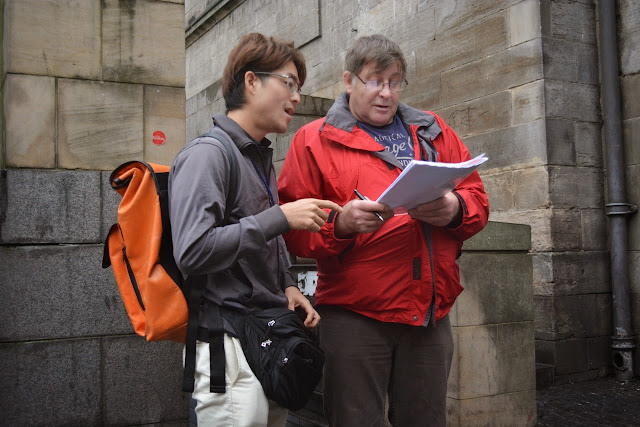 I go to London to reserch Brexit referendum.
What do I want to report?

"Referendum law"
What kind of laws there is?
How do the laws influence people?
Do the laws keep fair of each side or there is no limit for any campaign?

"Publicity"
Who handles a campaign, and how doing the campaign.
How much does it influence for people.

"The Media"
What does the Media broadcast? And what do they not broadcast?
How do people receive and understand their information.

"Democracy"
The UK people got a chance to decide. How they discuss Brexit?
Do they go to vote? How do they accept the result? How do they rank referendum in their life?

"After a referendum"
In Scotland the leading party, "Scottish National Party" couldn't achieve the independent. However, 1 year later they got 56 seats in the House of commons instead of 6 seats.

In Ireland Irish people accept gay marriage on the referendum. 1 year later 412 couples married in total since then.

in Lithuania people rejected new nuclear power plant, the government doesn't give up it still.