Powell family invited me their house! 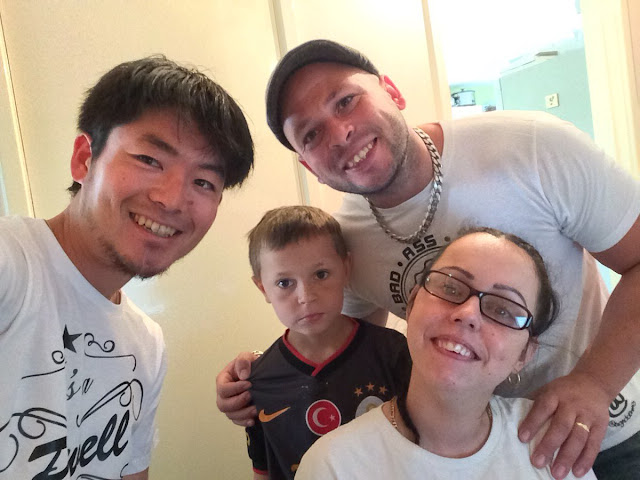 I always walked with "Pokemon Go"

From a stranger's house, it took about 1 hour, I arrived at a service station.

On the street, it is sometimes tricky to get a car which takes me away, but at a service station its much easier to get it.

He brought me to Sheffield from Nottingham thank you :) his name is Mohamed Ali same name as big boxing star! pic.twitter.com/v0XfBT1Sd5
— Kentaro Oshiba (@shibakenJPN) 24 July 2016

Sheffield was in the festival once a year!

At first, when I came into the city center in Sheffield, I saw loud and rapid merry-go-round.
It was very bright and intense....
This was nothing for children.

I strayed into the city center. I heard many types of very loud music on the street or the alley, by the restaurant or pub.

I was surrounded by music.
Music occupied the city.


I didn't expect the festival. I was left over from the atmosphere because I had the huge backpack.

I kept walking then left city center, the music faded away.

I should find a somewhere good place to sleep at the night.

I found a park where it was Poke-stop where there was a gathering place for Pokemon player.
There were some young people.

We talked about Pokemon and other things.

Young guys went back their home.

I started preparing to sleep, then one guy came to me with a dog.
He asked me "What are you doing here?"
I answered. "I'm traveling in the UK. I will sleep here tonight."

Maybe in London, nobody cares about people who stay in the park at night but Sheffield was different.

After that, he invited me to his house.
He smiled at me. He looks not bad people.

Powell family accept me to stay their home, their business is making and design clothes. pic.twitter.com/Tf10QEFuKP
— Kentaro Oshiba (@shibakenJPN) 24 July 2016

He is Tony.
His house located very good place just nearby the park.

His family owns a clothes company.
His wife is Shelly who designs T-shirts.
Their son is very cheerful.

They let me to make T-shirts.
This was unforgettable memory and experience.

After Shelly and their sun went to bed, Tony and I talked in their garden.
We talked about many things until it got very cold.

He let me stay the lobby, I fell asleep as soon as laid down on the floor.

Following morning, he prepared breakfast for me.

I asked him that I would buy a T-Shirts, then "OK, so You can buy but also you can make yourself" 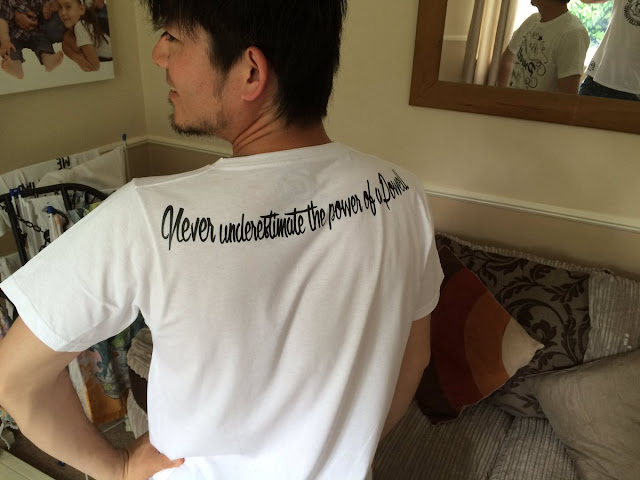 「Never underestimate the power of Powell！」

Their brand is here, you can order their clothes from this website.

I wear this cool clean shirt, then I'm heading to next city with the memory of them!