This Summer Japan has a very important election. 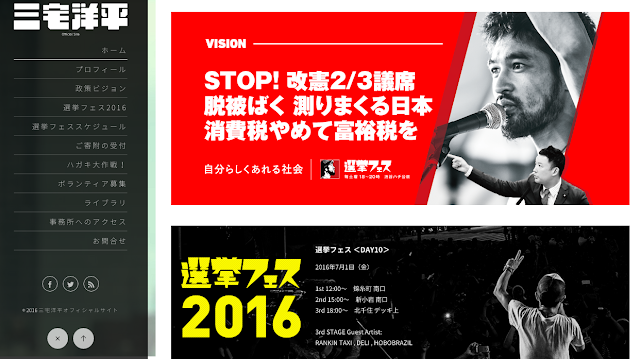 This Summer 10th July, Japan has a very important election.
I don't vote this election because I will stay in Europe in this summer.
But I will introduce my friend's article, I agree her words.


My friend Shoko Hachiya has written about Yohei Miyake who run for upper house from Tokyo.
Why is this election important for Japan?
Quote from Her words.

"For this Upper House election, preventing the pro-constitutional reform candidates to obtain 2/3 of the seats is a major agenda of Miyake and many other candidates who oppose the direction of the right-wing ruling parties. PM Abe’s regime has been forcibly passing a series of undemocratic laws such as state secrecy law to legitimately hide information from the public and (highly likely unconstitutional) military bills to enable Japanese military to operate in foreign places for the purpose other than self-defense. Amending their own constitution was an ultimate goal of the ruling party LDP, and they have come very close to achieve it. Their draft of the constitution is highly controversial for including an article that can deprive the fundamental human rights in the times of “emergency.”"