IndyCampLive by the Scottish parliament. 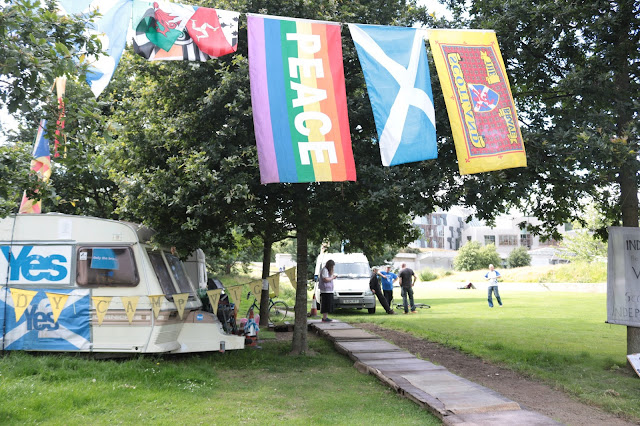 In Sep. 2014 Scotland had the referendum about "Independent from the UK"
At first "No voter"(Remain in the UK) was obviously the majority but the polling day was drawing nearer by nearer, "Yes voter" getting bigger.

It was nearly independent but "Yes voter" was 45%.

About 1 year later from the referendum, some of "Yes voter" started advocacy just in front of the Scottish parliament. They keep expressing their opinion since 26th, Nov 2015.

Scotland and England are the United Kingdom, but their ideal national image is totally different.

Basically, UK politicians are 650 members, but only 59 members from Scotland. Scottish mind is not reflected at all.

HERE FOR AND TIL INDEPENDENCE 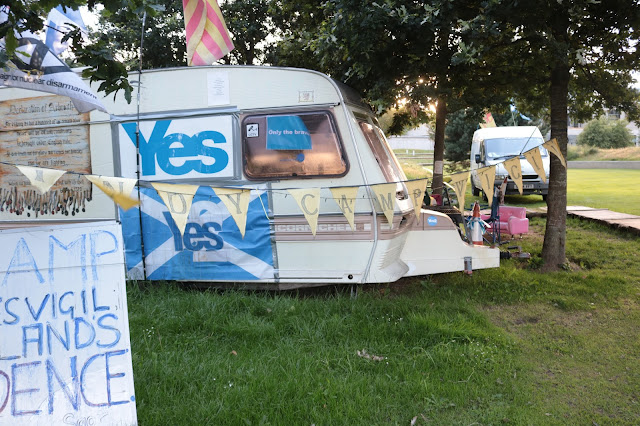 24/7 some of them are always there.
They have jobs, for example, author, lawyer, self-employed people, volunteer for refugees in Calais etc.

They are not Nationalist. They are philanthropic rather than antiforeign. They welcome anyone who wants to talk with them. The camp's purpose is independent, but people who organize  purpose is not only Independent. For them, independence is just their start. They need freedom to decide their future.
They hold up "Declaration of Arbroath"

...for, as long as but a hundred of us remain alive, never will we on any conditions be brought under English rule. It is in truth not for glory, nor riches, nor honours that we are fighting, but for freedom – for that alone, which no honest man gives up but with life itself.

They express their opinion peacefully.
The camp is the place where people share the information, gather together. 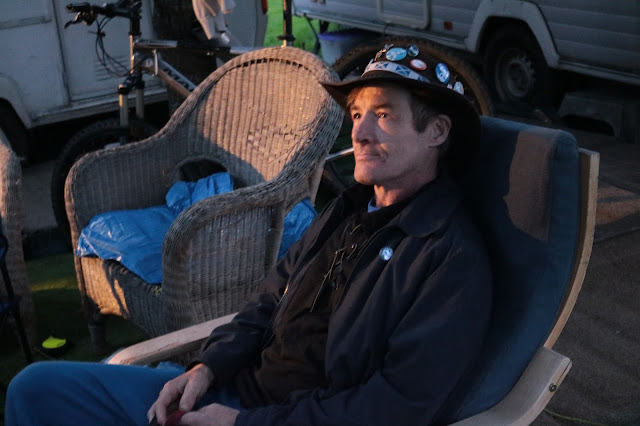 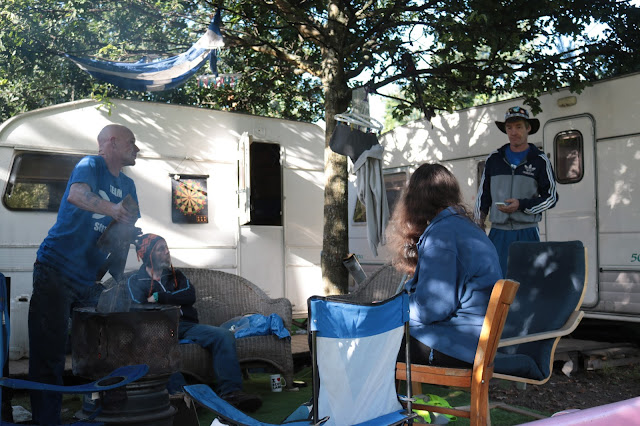 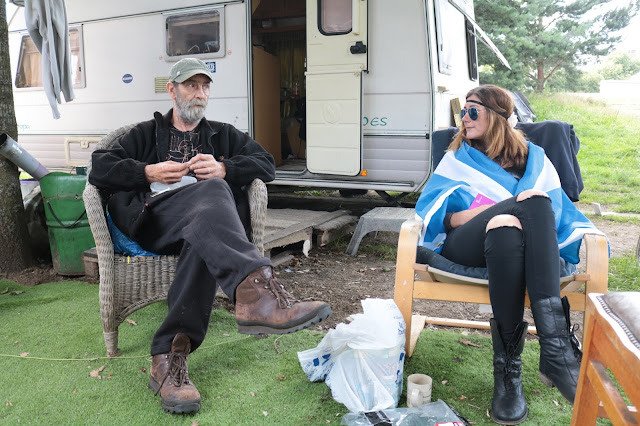 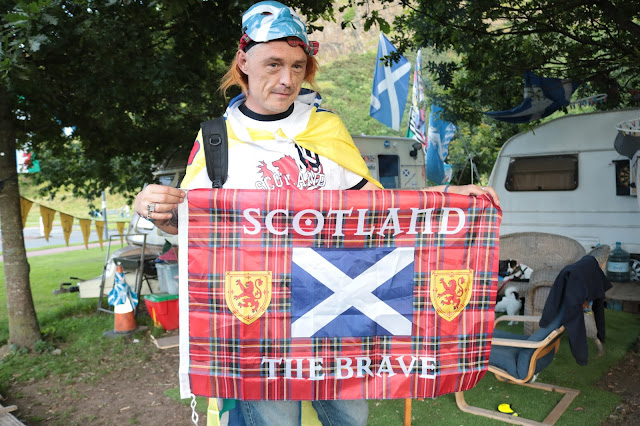 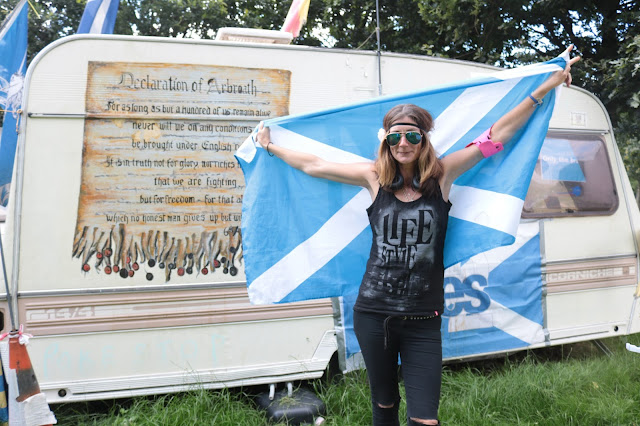 Possibly they must remove the place because they have been told by a judge they must abandon a protest camp in the grounds of the Scottish parliament.