4 years past after the Nuclear referendum in Lithuania

It was 12 hours from Japan via Helsinki to Lithuania.
Vilnius is the Capital of Lithuania. I was impressed by the Row of buildings along the streets which are recognized by world heritage. I did sightseeing but we had another purpose at that time.

In 2012, Lithuania decided to hold a referendum on "Constructing new Nuclear power plant in Lithuania". Therefore, the member of citizen Group "Minnade-Kimeyou-Genpatsu-Kokumintohyo(Let’s Decide Together / Citizen-initiated National Referendum on Nuclear Power)" visited Lithuania before and after voting day for about a week. 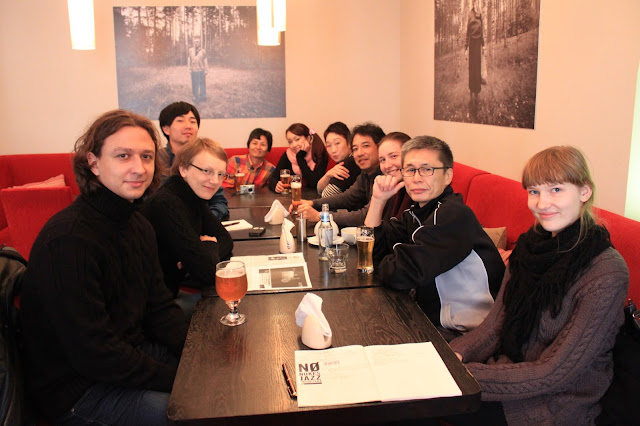 To begin with, how the referendum was agreed. There are two ways to hold a referendum. One is correcting signature over 300 thousand, but it means 11% of Lithuanian voters. It was too hard to correct. The other way is that one-fourth of a member of the Lithuanian Diet propose a referendum, then a majority of them second it.

In this referendum, is the second way, "Lithuanian Peasant and Greens Union" persuade the other parties then in the latter way, the referendum happened.

The main reason which people agree the referendum is "People should decide directly because it is too important for deciding by government or politician.

The other hand, the main reason which people don't agree the referendum is "It will make populism.". We should analyze "What is populism." It may mean Lithuanian can't choose a right way for them or They may be selfish, it's good for them but not good for Lithuanian future.

We asked Pavel who owns a company. He answered "If people is informed enough, then we can decide correctly for that government should open real information. In this referendum, there were not enough information about constructing the nuclear power plant. For example, how much cost increase if the nuclear will built, and how radiation effects for a human. We need real information of merits and demerits of the nuclear"

He told us the answer of "Populism" means that "We need to get real information. It was not enough."


The polling day's night we heard Lithuanian decided their way not to build a new Nuclear plant. Following morning I looked the people who went to work from my hotel.  I realized They decided, They decided about it.

They, who met at the club, voted also. 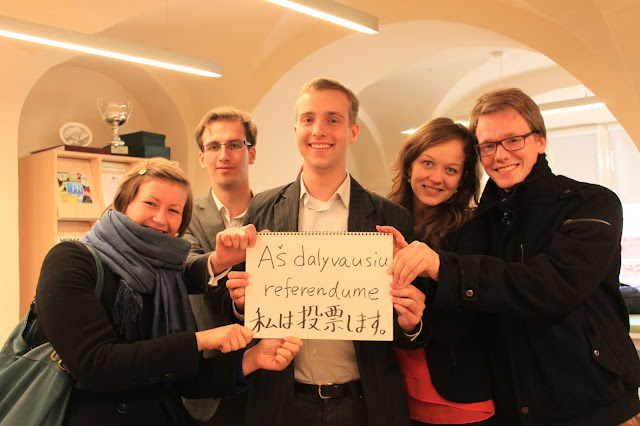 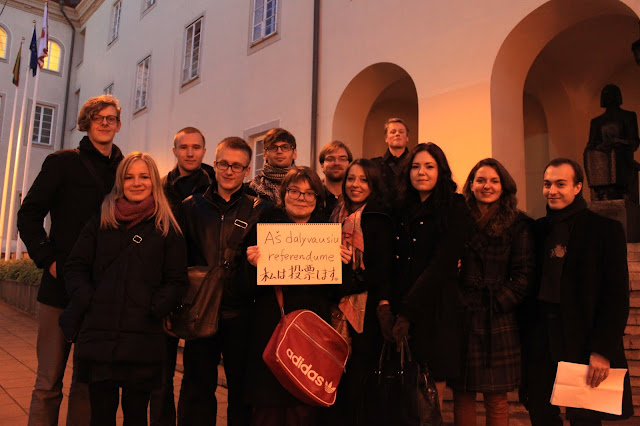 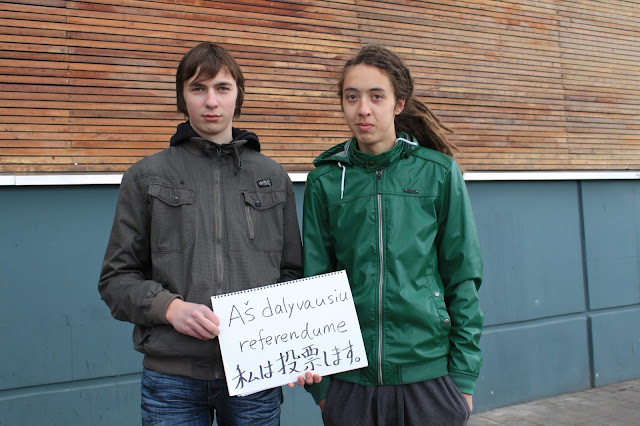 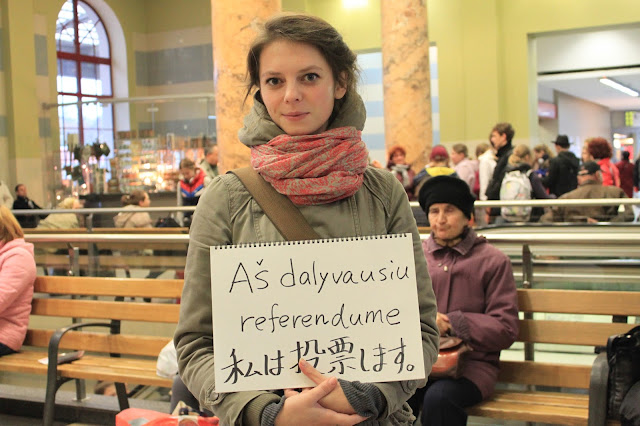 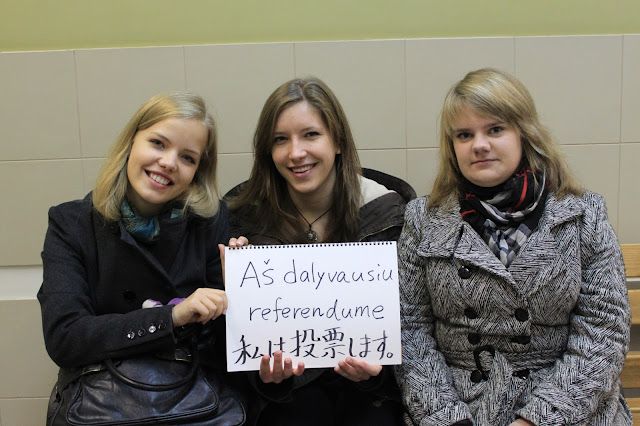 The result is the result but, every single people made the result. They got much information, thought, discussed, and went to vote.

4 years past after the Nuclear referendum. Now the government and Japanese company Hitachi want to build a new one even Lithuanian obviously against the building it. I feel so sad and ashame of Japanese company did such a rude construction. Lithuanian people don't want it, but Hitachi will build it.

A centrist agrarian party that was previously represented by a single parliamentarian has won a shock victory in Lithuanian elections.
With nearly all the results from the second round now in, the Lithuanian Peasants and Green Union (LPGU) has won nearly 40% of the seats.
The LPGU will now seek to form a coalition government.
It will do so either with the opposition Homeland Union or with the left-of-centre Social Democrats.
The campaign was dominated by issues such as low wages and how best to stem a flow of Lithuanian workers to other parts of the European Union.
The eastern European country's population is said to have shrunk to 2.9 million from 3.3 million a decade ago with an estimated 370,000 relocating mostly to the UK, since Lithuania joined the EU in 2004. (BBC)

The former ruling party wanted to build a new Nuclear power plant, but LPGU doesn't want it. Therefore the Lithuanian democracy was protected.