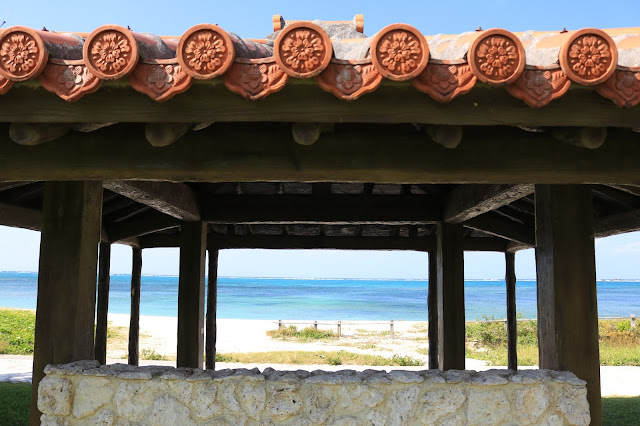 I love the food, people and beautiful sea in Okinawa.
I've been to Okinawa 5 times.

I also concerned about the history of WW2 and U.S military base in Okinawa. The battle of Okinawa was the only ground battle of World War II fought on the Japanese islands and went on for about three months.

Okinawa was an American possession since 1945 till 1972. Of course, it belongs to Japan now but still there are a lot of U.S bases there.

Takae, and Henoko where the two places are known for constructing new U.S bases. Okinawan and many Japanese people against new one but, Japanese governments wants to build it. A lot of people want to stop new base in Okinawa no more there are already huge bases. Many people gathered at Takae to stop construction. Then the government doesn't care much how they look about their behavior. They excluded citizens even Journalist. My heart ached with this news. I was in abroad for about one year but always thinking about Okinawa. I decided to go to Okinawa at first when I came back to Japan. My friend drove me to U.S bases.

The news is a threat to journalism, and by extension, to democracy.


At first, we went to Takae. It took 2 hours and a half by car from Naha Capital city of Okinawa. 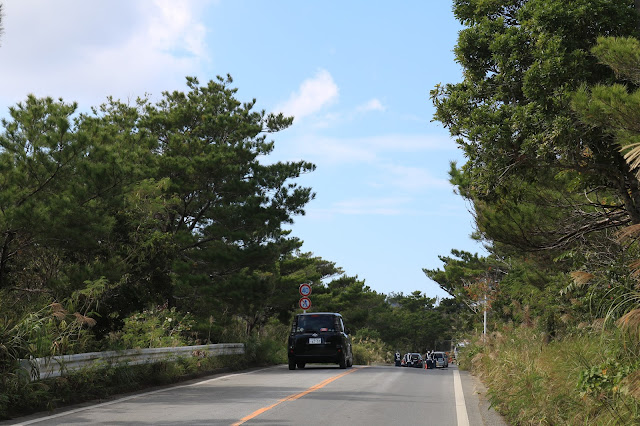 Police blocked the prefectural road for the main gate to construction. Because police didn't want resistants to come in.

We were not able to go to the main gate at that time. Then we went to the back gate. 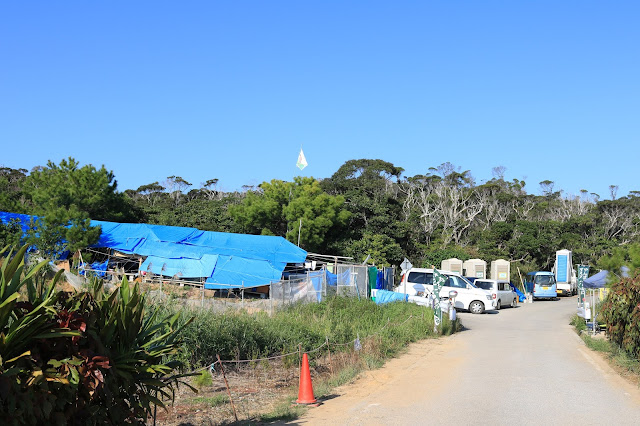 There are resistant's barricade and tents. The Resistants welcomed us into tents and explained the real story of Takae.

The depths of the way to Constructing place there were security guards. 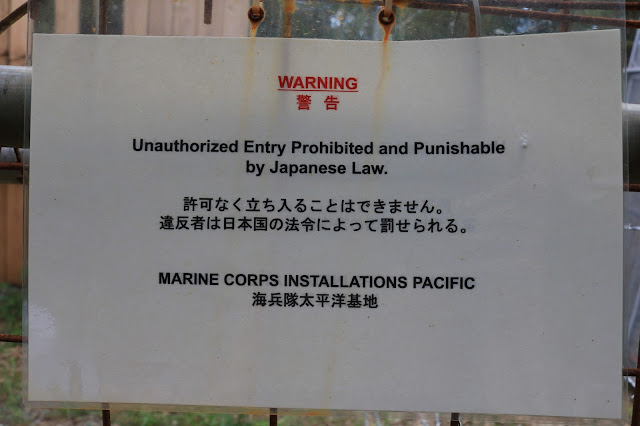 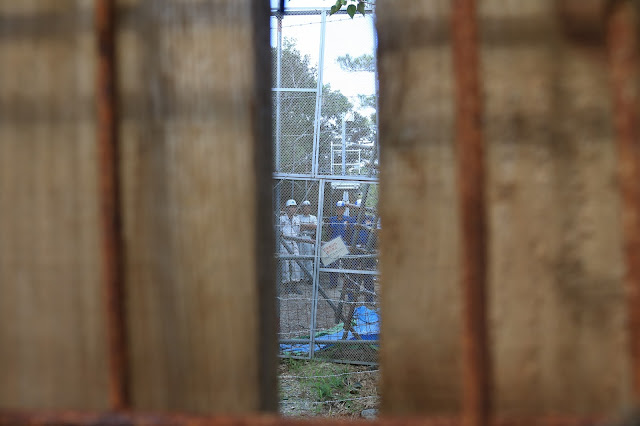 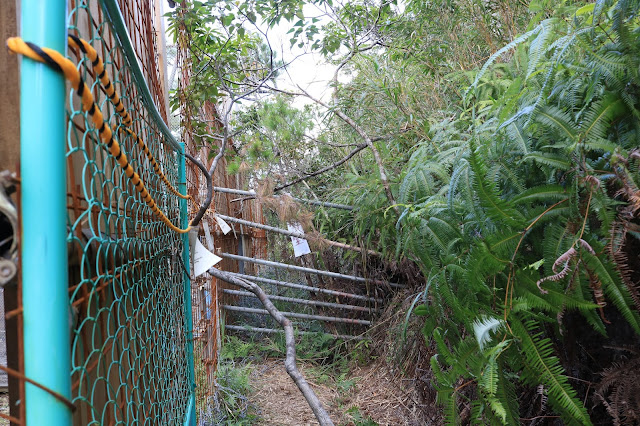 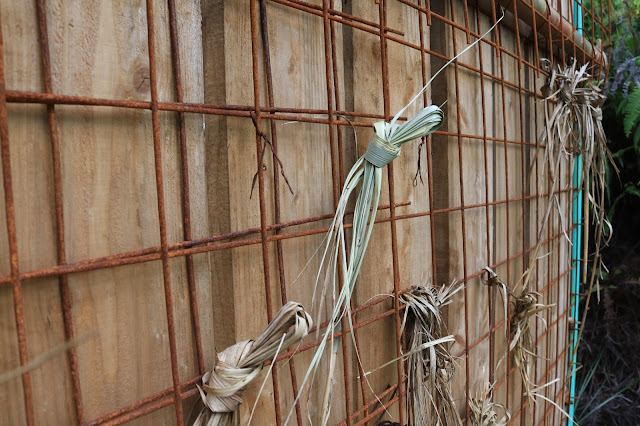 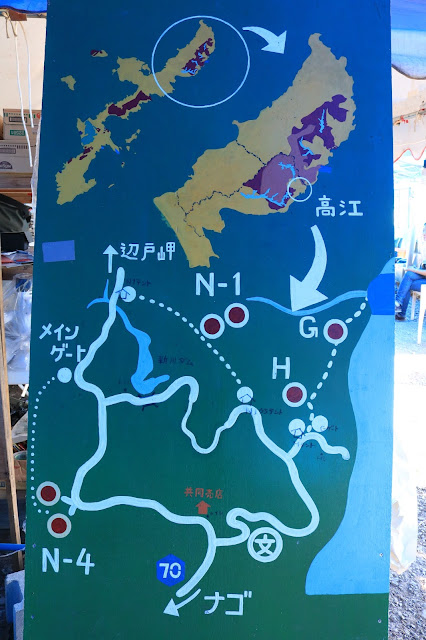 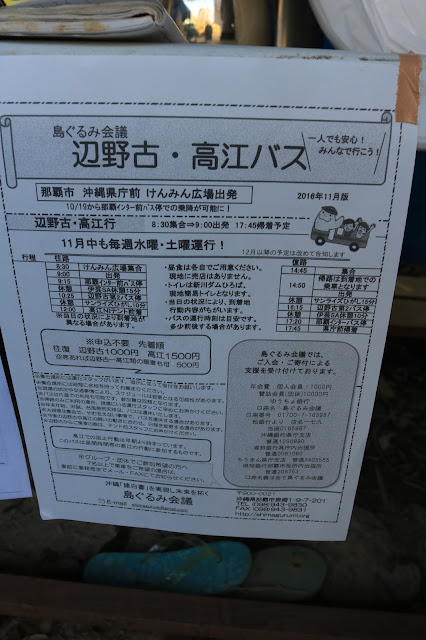 Every Wednesday and Saturday, There is the bus from Naha to Takae. I think it is the easiest way to go to Takae. It costs only 1500 JPY about 15 dollars. 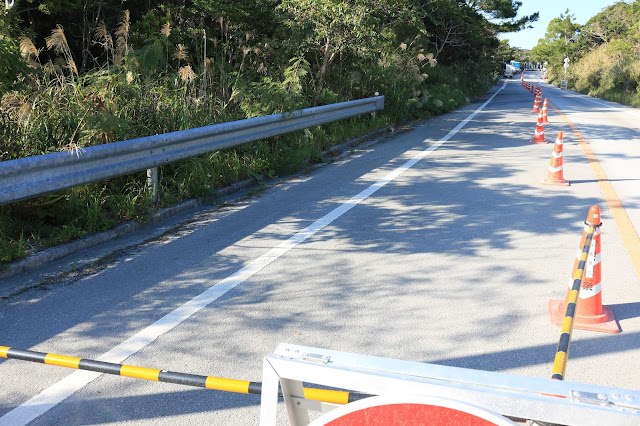 This is the way to the main gate. 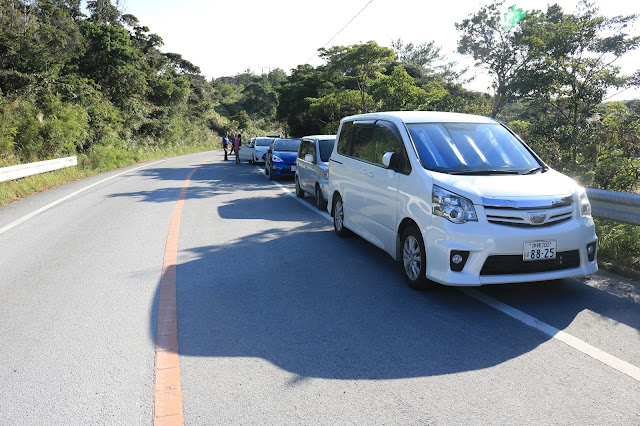 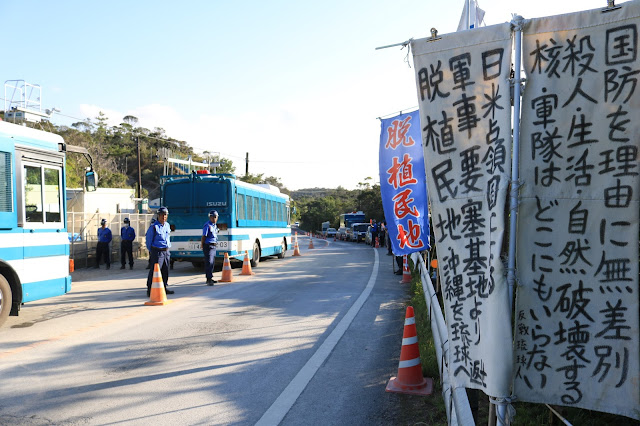 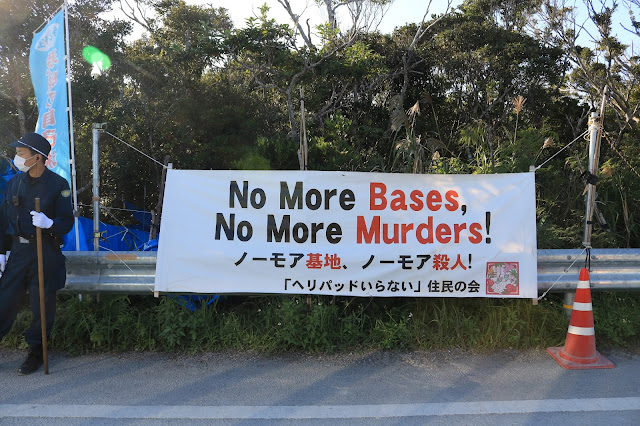 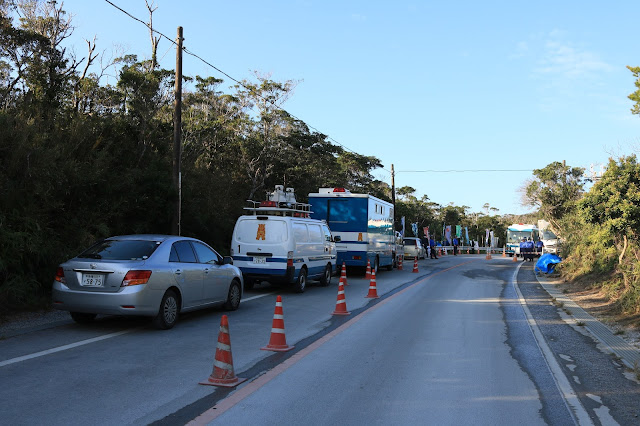 "Only Wednesday and Saturday we can stop or delay the construction. About 500 people will come to here. But resistants can't halt the construction the other days. We would stop destroy the natures, but unfortunately, we need more people."
One resistant told me so.

After Takae, we went to Henoko. 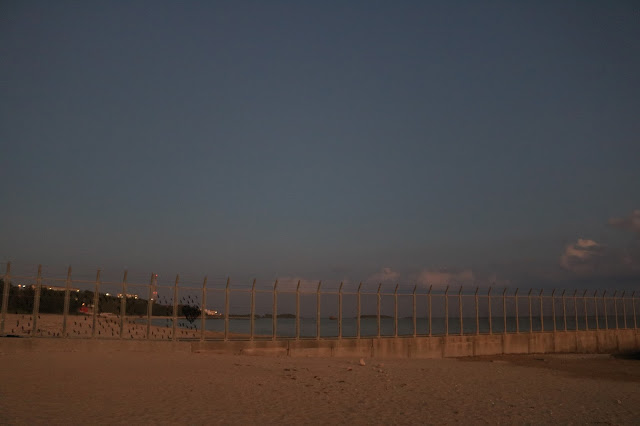 The bay called "Oura Wan" will be reclaimed to build new U.S base. 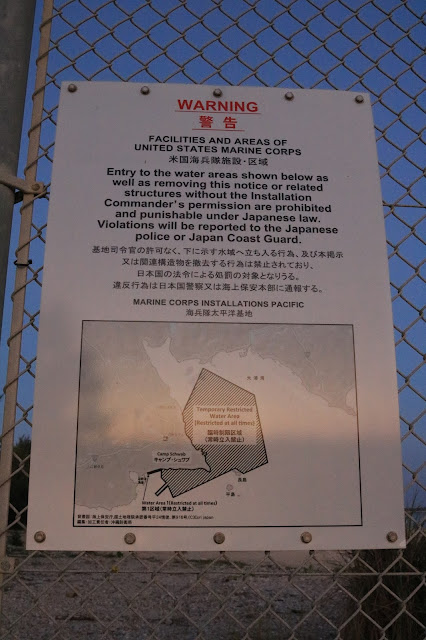 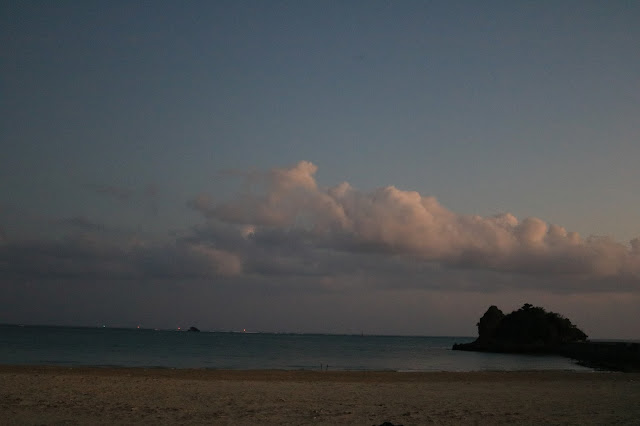 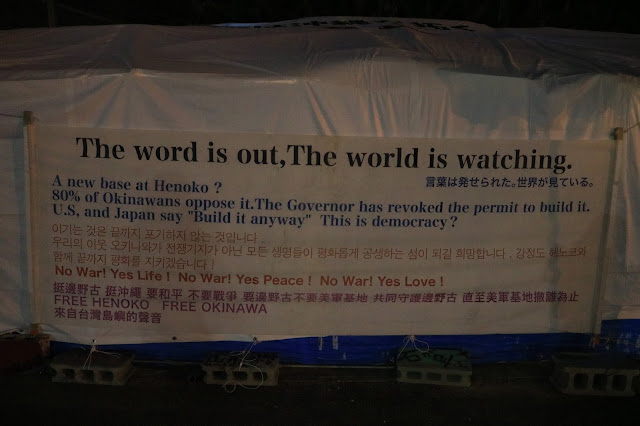 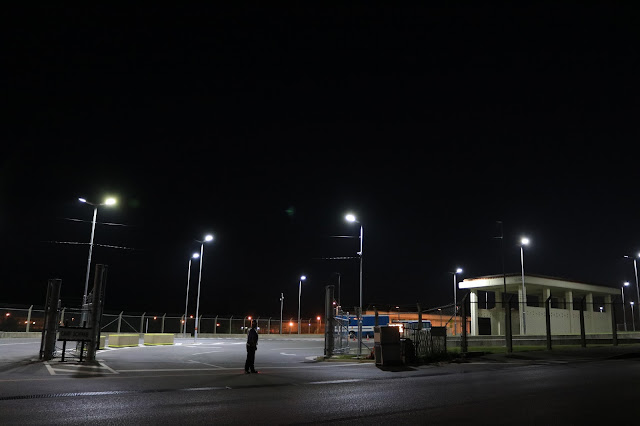 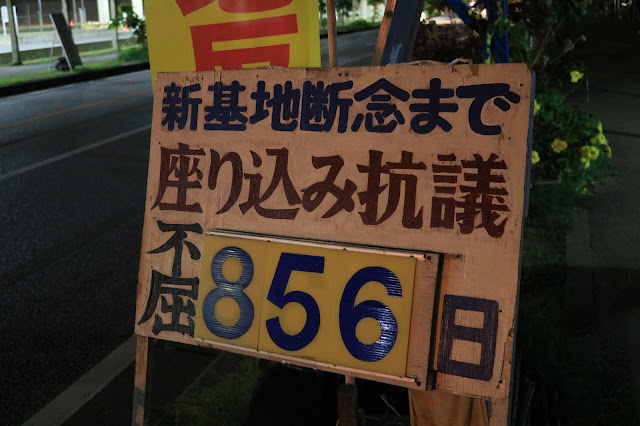 Constructing new base is stopped because it's a case on trial now, but there are always resistants in the tents.

My friend lives in Okinawa, but she has never been to Takae and Henoko. She has heard the story of war by her grandmother and father, but she doesn't have a chance to visit there. After visiting two places she told me that she wants to study about U.S base more.

I can't stand destroying nature, a violation of human rights, and outrage of Okinawan democracy. I will write and speak about it more because I knew already these problems.
＿＿＿＿＿＿＿＿＿＿＿＿＿＿

I will come back to Okinawa soon. I will support the resistants. A part of my heart is always in Okinawa.

While I was in Okinawa. Kenko @KENKOOKINAWA let me stay her house. She who respectful journalist told me about citizen movement in Okinawa. pic.twitter.com/rIj5ObhVnN
— Kentaro Oshiba (@shibakenJPN) 11 November 2016