28th Oct, I will talk about "What is populism, How can we find the right way." 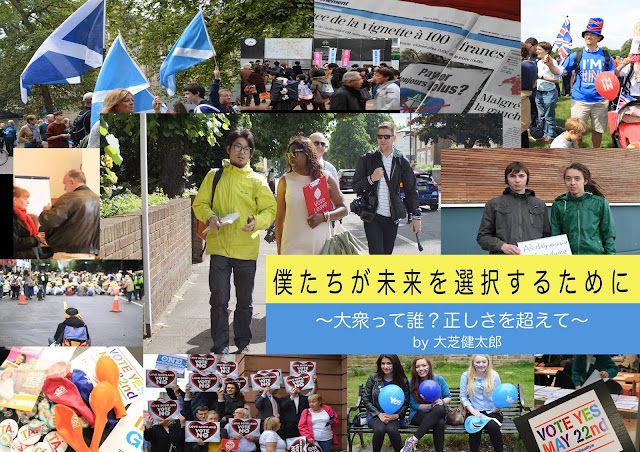 Though Brexit and the presidential election in U.S.A are talked in a context of populism, Election and referendum need be supported by a majority and should be so.


Can we avoid populism? No, we must decide in the end with election or referendum under the democracy.

Then what is the problem of populism? We should start talking more about specific issues, for example, exclusivity or elitism, or discrimination.

In Japan, people encourage others to agree in conformity with majorities opinion or authority. However, under a referendum, Japanese should change the mind. People have own view for each, and there is no expected answer.

Referendum and election decide by a majority vote, but it's not to find loser, to choose how we live together with a different opinion.