if you would work another, Which kind of work do you want to?

I was a writer, but I just start the job which I have dreamed since I was a child. It's a teacher. Just 3-months contract. This is the best term. I teach mathematics to 4,5 grades children. I feel responsibility for future, and I feel free when I play with children. Children act more directly than adults. I'm interested in that How children see and understand the world.

I keep writing and researching about referendum too, but I'm delighted with my job.
The contract is only 3 months, so I must leave the job once, but I I will apply for a teacher in Saitama in this summer. 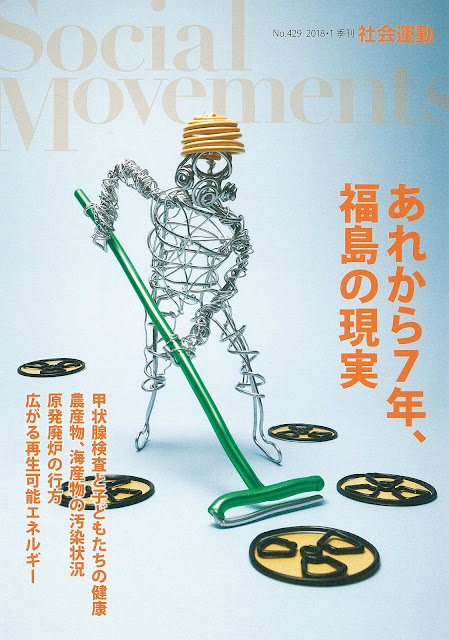 The magazine tells you about Thyroid cancer, Nuclear waste, Fukushima disaster victims and so on.